70 years of profound inspiration for what we do have now turned into our seal on the world!

Our ideas have transformed the style of several generations, completely altering trends in each time period. Today, we understand that imagination is as broad as creativity, and that is why we wish to share with you a history that has been characterized by the capability of imagining and transforming lives.

That is the story of LAFAYETTE, a company that was born to innovate and to fill the world with inspiration.

{2012}
{2012}
And last but not least, LAFAYETTE was recently awarded the Best Textile Company at the 2012 Infashion Awards due to its work and trajectory in the fashion world.

{}
In the same manner, during the London Olympics, medalists were using uniforms made with LAFAYETTE’S fabrics and its unique technology.

{}
35 years ago, Lafayette understood how important it was that their employers have a house of their own, and thus today, it has benefitted 282 families with homes.

{2010}
{2010}
The concept that nowadays identifies the company is born: Inspiration that transforms. Moreover, its creativity is continuously transforming into inspiring designs.

{2011}
Once again, Lafayette’s fabrics were a loyal companion, yet this time, at the Indoor Soccer World Cup, where the Colombian team made it as champion.

{2011}
{2011}
The company builds a water treatment plant with the ability of recycling approximately 85% of this resource. 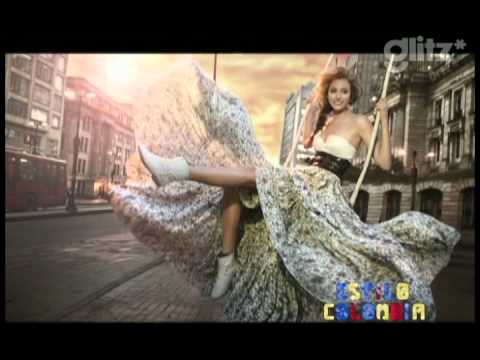 LAFAYETTE makes it to Mount Everest accompanying the Epopeya Expedition. The most acclaimed fabric was the Titanium Micro Fleece, well, its unique fibers helped drain humidity, thus keeping the body fresh and dry. Likewise, it used Lafthermo, technology in order to keep the body’s temperature stable.

LAFAYETTE inaugurates Geomatrix , a new company dedicated to the creation, production and commercialization of performance geosynthetics, suitable for infrastructure projects. It focuses on high-tenacity solutions, aiming to offer products with added value intended for engineering projects.

{}
Get acquainted with LAFAYETTE’S ranking on the Top 15 of the most beautiful shirts in Latin America.

The company launches its new visual identity, demonstrating its intentions of transforming the future.

Get a feel of LAFAYETTE'Ssensations during 2007…those that guided it through its creative process.

Besides, it creates a concept that encompasses everybody, with no age limit…it is a mixture between retro and futurism.

A year of many events.

{2005}
{2005}
The company purchases its first Inkjet Digital Printer, expanding the range of quality and detail of the prints in its fabrics.

{2004}
Lafayette’s fabrics make up the uniforms for the Colombian soccer team, champion of the Copa América (Latin American Cup). The fabric was woven and finished with the latest technology, which controlled temperature and humidity, helping with the quick dry of sweat and with making the soccer players’ movements much more flexible.

The shirt of the Once Caldas team is, once again, made with Active Wear fabrics. In 2004, this team was the winner of the Libertadores Cup.

{2005}
{2005}
Lafayette reaches all the way to Villavicencio, opening its first fabric store outside of the capital.

Lafayette is crowned as one of the principal providers of intelligent fabrics, this time with Lafcare: a new textile finish that prolongs the lifetime of a garment. telas inteligentes.

LAFAYETTE invites the world to: get Inspired, to Escape and to be Daring.

LAFAYETTE launches the new Micromagic, which changes color upon contact with water. This is the kind of pleasure that most definitely comes in through the eyes!

{2003}
LAFAYETTE is versatility and technology. 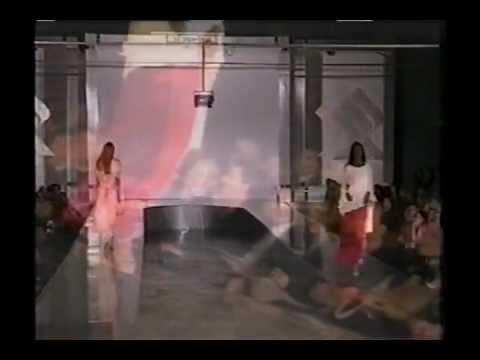 The collection’s fashion show and the 60 years celebration. Click here to see some of the shared moments.

An advertising campaign at the time, which gave people a lot to talk about.

{2002}
{2002}
With the arrival of the new millennium, LAFAYETTE modernizes its visual identity.

{2002}
For its 60th birthday, hand in hand with the best designers of the country, the company prepares a collection that leaves the audience breathless.

LAFAYETTE dresses the first Colombian woman to ever win a golden medal: María Isabel Urrutia. This fabric was manufactured with both Lafsun y Lafrepel technologies, which protected her from the sun and from liquids. 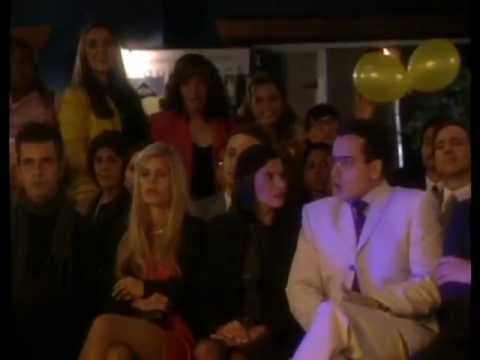 LAFAYETTE is present in the only Colombian soap opera in history that has made it to the Guinness Book of World Records, and that has been translated into more that 15 languages: Yo Soy Betty La Fea (Ugly Betty). 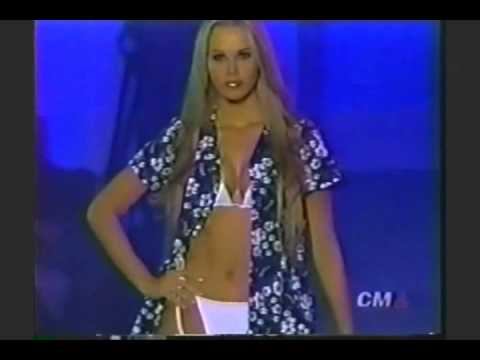 The country’s headline models in the fashion show.

Lafayette’s previous three-year campaign is revived, which in turn caused a vibration within the most intimate fibers of the people!

There are two events that assert Lafayette’s importance regarding technology:

1. They purchase the first flatbed printing machine in Colombia, which gives way to the possibility of printing up to 16 colors in a 3meter wide fabric with a 2.20 meter repeat.
2. A significant investment in machinery is carried out, turning Lafayette into the first and only company in Colombia to produce high-tenacity polyester yarns.

{2000}
{2000}
For its part, the arrival of the new millennium turns fabrics into a kind of second skin, and hence, the world gets prepared to give way to a new approach towards living fashion.

{1999}
{1999}
New and alternative textures appear to welcome the end of the millennium. 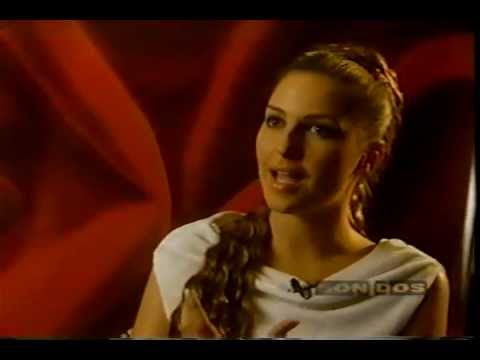 The Company stands out with innovative ideas that break the regular schemes of the time.

{1997}
{1997}
The company is committed to childhood, aiming to make the life of the youngest kids more inspiring from the beginning, and thus it creates Nuevo Amanecer (New Dawn): a kindergarten for children between the ages of 2 and 6, belonging to families of the 2nd social strata. Here, aside from an education, children have access to immediate healthcare and psychological attention.

LAFAYETTE inaugurates its sales office in Venezuela. One year later, it inaugurates the same in Ecuador; and, by 2001, it will have inaugurated two more in Mexico. Finally, in 2010 and 2011, Lafayette appears in Perú and Costa Rica.

Today, the company has its own commercialization offices in strategic cities in 5 countries of Latin America, and it exports to 24 countries around the world.

{1996}
{1996}
Likewise, the company is recognized as the first to make microfilaments or microfiber yarns- in Colombia, which give a softer feel and a higher fineness to its fabrics. 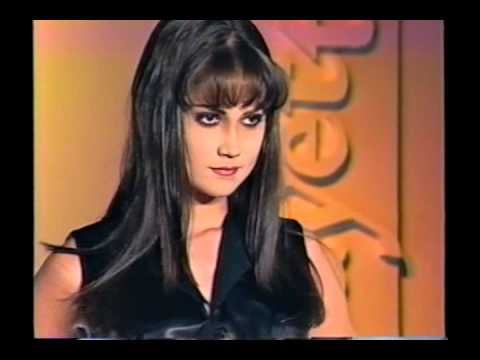 {1996}
{1996}
LAFAYETTE decides to switch from its oil combustion plants in Castilla to that of natural gas, with the aim of protecting the environment we all share.

{1995}
{1995}
LAFAYETTE is crowned pioneer in the digitalization of computer drawings, when most of the companies still made manual sketches.

A real explosion of sensations.

{1993}
{1993}
LAFAYETTE is the first company to bring laser technology for rotary screen in Colombia –a much more advanced technique that facilitated the elaboration of a print’s minute detail.

In January, the construction of the production plant is finished, leaving the entire production process under one same roof: a new house of 88,000 square meters, which –from then on- will store all the factory’s inspiration. 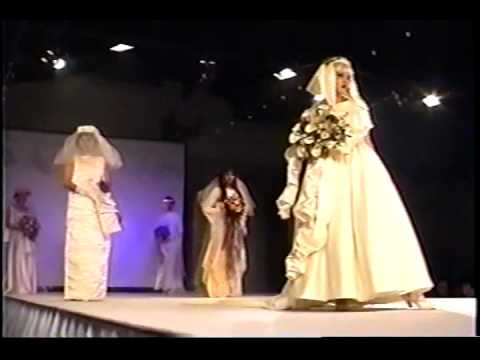 Lafayette celebrated its 50 years anniversary with a fashion show that left the spectators in awe! Re-live it here.

{1989}
{1989}
The company reaffirms its role as the country’s protagonist in yarn production, making high-twist and livelier yarns. It also purchases the first caustic reduction finishing machine in Colombia, which transforms polyester by giving it textures and touches similar to that of silk.

{1990}
{1990}
After several changes, a new logo for LAFAYETTE is presented. This symbol, more sober and stylized now, demonstrates the brand’s good taste. 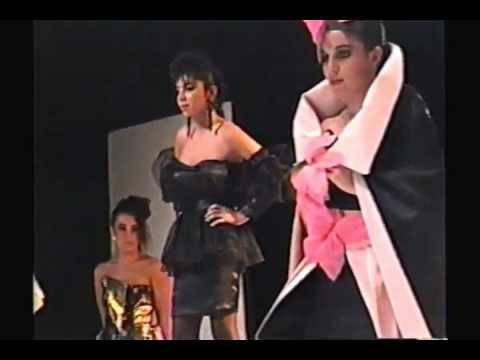 {1979}
{1979}
LAFAYETTE builds Zylette: a yarn factory where, for the first time, polyester filament yarns are produced. From this moment, the company positions itself as the country’s protagonist in yarn production.

{1974}
{1974}
LAFAYETTE builds Procenal –a weaving and knitting plant that brings hundreds of Colombians together under the same objective: the weaving of new ideas that will in turn become 100% authentic pieces.

{1970}
{1970}
Rotary screen printing is implemented; and, with a lead setting, finishes are elevated to a higher perfection.
Printing done with transfer paper is left behind, and rotary cylinders become the standard.

{1969}
{1969}
A slogan that sets an important milestone in the company’s history starts to circulate around the fashion world:
LAFAYETTE frontlines fashion.

{1967}
{1967}
A new door opens for LAFAYETTE: rectilinear knitting, better known as Tricot. This is something new in the market and sets new stages for the company.

{1960}
{1960}
LAFAYETTE becomes famous with its mini-print designs and its innovative Terlette, seen at all times in the dresses and skirts of Colombian women during
the 60’s and 70’s. The paper that facilitates the transference of prints from paper to fabric with an extraordinary precision is produced in the Lafayette headquarters.

LAFAYETTE appropriates the circular knitting technique, transforming several concepts regarding dressing garments, which in turn inspire the current at the time. Thus, their desire to turn work into art, every time more and more, gets closer to reality.

{1955}
{1955}
LAFAYETTE's first insignia is born to represent one of the first and most important textile factories in the country.

Manual looms are left behind, and Lafayette brings modern weaving mechanisms to its facilities: 42 shuttle looms.

At the start of the decade LAFAYETTE obtains it's first premises, and stampers with copper-based rollers arrive to the facilities, becoming the cutting-edge technology of the time.

At the beginning of the decade, LAFAYETTE got its first plot of land and a printing machine in order to start making its dreams come true: a machine made with copper rollers –a cutting edge technology for the time.

{1942}
LAFAYETTE’S history began with 22 manual looms, in the Samper Mendoza neighborhood –a daring initiative for the society at the time, which did not expect an endeavor based on investigation and on the passion for ideas.